Another piece of good news for us. Our sister company AI Communis has been selected from 82 participants this year to be in 2020 Startup Battle. This year’s pitch battle will be held from Dec 14.

We are excited as SOWG team because our company made it’s first debut in the media. SOWG was interviewed by AsiaX and below is the writeup of the interview.

AI Communis is new and still a baby. We are ready to garner ourselves with whatever we can to make ourselves grow and bloom.

Starting in 2020, being part of SOWG, we are trying to gain our footing in the growing, everchanging Tech landscape. As a 100% Japan ownership, there are many things that are still “how to” and “where to” in Singapore market. This is the first milestone for us to be part of this X-Hub Tokyo global programme.

With the focus on Tech and ecosystem for start-ups, Japan External Trade Organization (JETRO) has been in partnership with various countries to bring the best of Japan out in the world. X-HUB TOKYO global startup accelerator is one of their many platforms to connect Tokyo with the world’s innovation ecosystem to level up the startups and open a new era for the future, bring both entrepreneurs from the world into Japan and Japan out.

～Tokyo to the World, the World to Tokyo～

speaks for itself. This programme entails a series of workshops and sessions to open opportunities for mentoring, networking, marketing strategies and possibilities to pitch with major companies and venture capitalist (VC). For more information please see the below link.

This programme started in 2017 and there are many success stories across 6 courses, namely (1) North America West Coast Course (2) North America East Coast Course (3) Shenzhen Course (4) Singapore Course (5) Germany Course (6) Web Summit Course. Each time hundreds of startups signed up and only 10 are selected to take part. This stringent selection has made the ideas of the startups a step closer to reality.

AI Communis are definitely thrilled to be one of the selected participants to be part of X-Hub Tokyo Outbound Programme for Singapore course.

From Oct 2020, AI communis will be in full swing to immerse ourselves into the sprint and intensive programme organised by 500Startup, https://500.co/about.

They have backed more than 2,400 companies in more than 75 countries, with an experienced, expert team to guide us through the programme. We are confident that this will be a breakthrough for AI Communis.

For the next two months, it will be a lot of learning and exchanges where we believe it will bring us to the next level. Looking forward to the transformation. 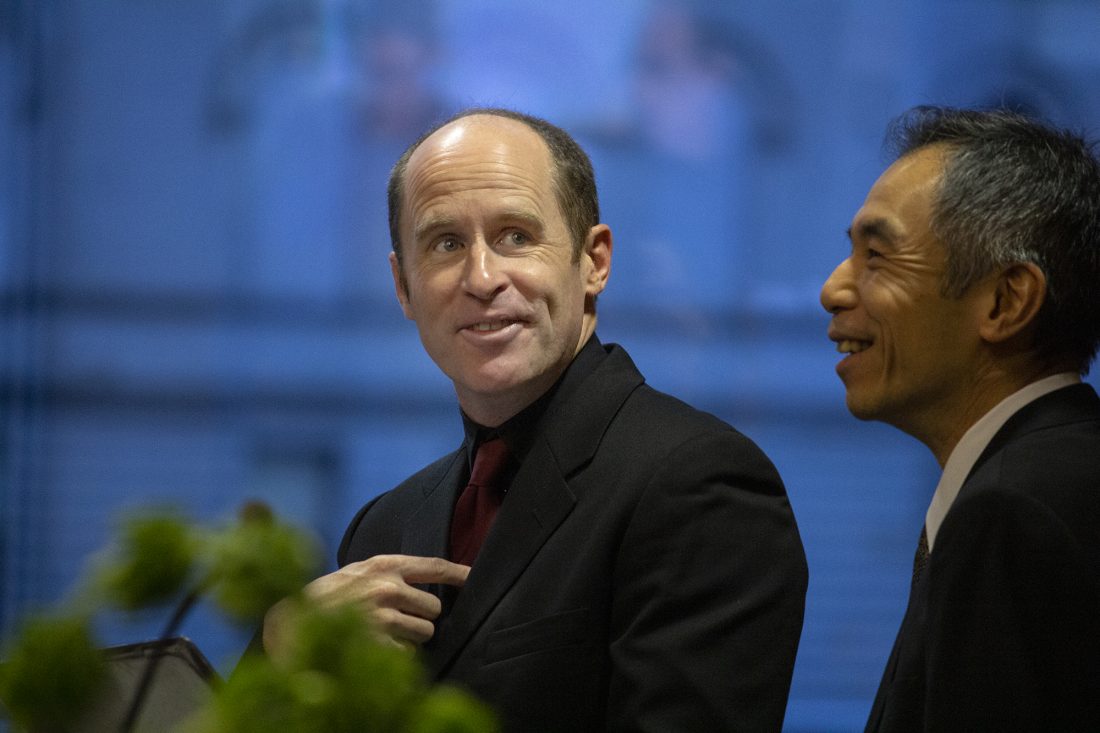 The phrase “artificial intelligence” often elicits different responses, from excitement to caution, to inspiration. When thinking about the potential it has to help people both now and in the future, it can also evoke a sense of wonder. How can we use AI and all of its parts to solve some of the world’s biggest problems?

AI researchers, like electrical and computer engineering associate professor Ian Lane, ask this question daily. To celebrate this sense of curiosity and innovation, Lane has received the Sense of Wonder Group professorship of electrical and computer engineering in AI systems. The professorship, made possible through the generous support of The Sense of Wonder Group, celebrates the curiosity and awe provoked by exploring solutions to complex problems.

The Sense of Wonder Group develops artificial intelligence technology, such as conversational AI for business applications, with a spirit of curiosity and inquiry toward the unknown and the sense of being inspired by the extraordinary. Lane’s own work in this area incorporates this spirit of inquiry by focusing on the intersection of language, artificial intelligence, and hardware technologies. He developed speech recognition technology that more intuitively interacts with humans by distinguishing between multiple speakers and using computer vision to understand hand gestures

He has made core contributions to the areas of speech recognition, spoken language understanding, and situated interaction. He leads the AI Systems Laboratory at Carnegie Mellon Silicon Valley and with his students has obtained numerous patents, research awards, and best paper awards for their work. Before joining Carnegie Mellon University, Lane was a research scientist at the Advanced Telecommunications Research Institute International in Kyoto, Japan. He received his doctorate from Kyoto University in 2006.

Lane co-founded the CUDA Center of Excellence at Carnegie Mellon University, which has helped with fundamental research in GPU-accelerated artificial intelligence. He also founded the College of Engineering GPU-cluster at the Super Computer Center in Pittsburgh. In addition to his academic work, Lane is also an entrepreneur who has founded and contributed to multiple Silicon Valley startups such as Capio, a speech recognition technology company. Lane is the first CMU-SV professor to receive an endowed chair.